How Could I Have Been So Sick When the Tests showed I Was So Healthy? 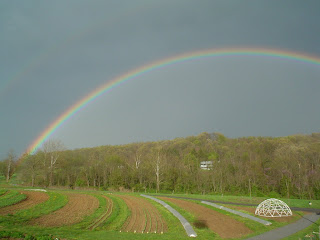 What is environmental illness? Environmental Illness (EI) is a multifaceted illness characterized by a long list of symptoms affecting multiple body organs and systems. Triggers for EI are almost too many to count including a broad diversity of mycotoxigenic molds, plant pollens, animal danders, and other airborne dusts normally associated with common allergies, and the inexhaustible list of synthetic and toxic manmade chemicals which permeate our modern world. These things are found in the walls and floors of the buildings where we live and work, in the upholstery of our furniture, in the clothes we wear, in the air we breathe, and in the food we eat and drink. Many people slather copious amounts of toxic substances on their bodies and in their hair to mask odors, and they swallow toxic drugs to ease their pain. More toxic substances are used in our germ fearful culture to sanitize our surroundings. Toxic volatile chemicals emanate from the machines we work with and the vehicles we ride in. Little research has been done to effectively evaluate the impact of frequent and multiple long term low level toxic exposures on human health.

One of the most frustrating aspects of environmental illness is its diffuse nature: multiple symptoms which can vary tremendously from person to person and from time to time, and an often nebulous sense of what the triggers are and where they are coming from. The more common symptoms themselves—fatigue, dizziness, weakness, depression, anxiety, an indefinable sense of “just feeling bad” can apply to a broad range of illnesses and, of themselves, do not lead to a definitive diagnosis. Batteries of diagnostic tests can be done on persons suffering from environmental illness which show no or little evidence of organic disease. Therefore there are few doctors, who are knowledgeable of or interested in environmental illness and, on the basis of their medical training, are inclined to write off such cases as persons who are suffering from a psychosomatic illness and are in need of psychiatric treatment. Believe me! I have 20 years of experience with environmental illness under my belt and I am not about to believe any doctor who tries to convince me that I am merely mentally ill!

According to recent estimates, up to 15% of the American population could be suffering from some forms of environmental illness. Following is a list of frequently misdiagnosed illnesses which can be linked to environmental exposures:

I have tried to be fairly accurate with my listing of these illnesses which can be linked to EI but recognize that some of this information could be challenged as I recognize that I am not a medical expert. I have personally experienced many of these conditions and been misdiagnosed and medicated for some of them. My heart goes out to the thousands of persons who are, as I write this, being treated symptomatically for illnesses or conditions which could be resolved if the roots of their environmental exposures could be recognized and properly dealt with. This is my real reason for undertaking this difficult writing.

I will now summarize as briefly as I can my past and more recent journey through environmental illness.

Beginning in the early 1980s and continuing into the 1990s I suffered through several acute episodes of mold induced hypersensitivity pneumonitis and later chronic mold and chemical sensitivities which culminated in a four day hospitalization in late 1991 and my decision to liquidate a dairy farming operation.

In the years since 1991 I have repeatedly developed chronic mold and later chemical sensitivities during the winter hay feeding months resulting in respiratory discomfort and chronic fatigue symptoms. I have tied to resolve this by becoming more vigilant about wearing breathing protection while handling hay..

In the past month I experienced a three day hospitalization following several weeks of daily episodes of extreme weakness and fatigue, dizziness, respiratory distress, and sensations of shock radiating throughout my body. I suffered intensely through this time and experienced days of near total disability. The reasons for the several trips to the hospital emergency room and several days admission was to check out possible heart related problems. Most of these tests were negative or revealed minor abnormalities. We think that I may have experienced significant mold and bird dust exposure during the month of January while daily tending a small flock of chickens in an out building and some chemical exposure while repairing and refinishing a few pieces of small furniture. Though I thought I was using adequate breathing protection while feeding hay to livestock, this may need to be evaluated also. I am currently undergoing follow up diagnosis and treatment with a new doctor who seems to have a much more open attitude towards my illness and a desire to get to the root of the problem.

I am deeply grateful that medical tests done so far reveal that there is as yet no evidence of serious damage to my heart and lungs and that there is good hope that the neurological symptoms, as intensively distressful and frightening as they were, will resolve as my body heals. I am also grateful for the quality care given to me during the hospital stay and the financial assistance given by the hospital to defray some of my expenses. Things could be a lot worse.

Posted by Marlin Burkholder at 12:28 AM