My Style of Christmas Shopping 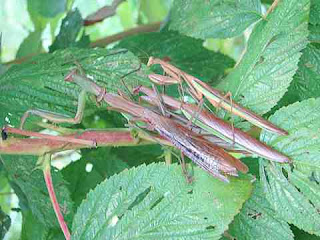 I have always hated going shopping with my wife. She always has her list of things she must buy and considers it an inefficient waste of time doing anything but focusing on what must get done and what must get bought. If I ever get stuck shopping with her I usually tag along, bored and frustrated to tears.

I love to do my kind of shopping, especially at Christmastime—browsing around in my favorite stores, savoring the smells and sounds, and enjoying looking at the kinds of things I would never buy. The secret is to be able to sneak away and do this without my wife being fully aware of it. It never works if she is along.

Before leaving for the holiday farmers’ market the morning of December 13th Christine had told me that I would need to be home by 4:00 because we were invited to a wedding reception of one of our friends at 4:30. I figured that I would probably be out of the market easily before noon, leaving me a nice chunk of time to do my Christmas shopping. One of my favorite haunts is a multi store market a few miles south of . That’s where I headed as soon as farmers’ market was over.

The first thing to do after walking into the Dayton Farmers’ Market (not even close to being a farmers’ market but really a collection of specialty stores) is to walk by the Coffee Klatsch and smell the $3--$4/ cup gourmet coffee. I always think to myself that if they were smart they would figure out a way to charge everyone who walks through there 50 cents just to get a sniff and I for one would probably not mind paying it. But fortunately it is still free and I surely would not want to pass that one up.

Next to the Coffee Klatsch is Country Village Bake Shop where one can draw in the heavenly aroma of fresh baked bread and cookies still warm from the oven and gaze at the pretty young Mennonite ladies flitting about doing their jobs.  Next to that is "Warfel's Fine Chocolates" where I can gaze into a glass case displaying all sorts of chocolate goodies whose enticing odors rival those of the nearby bread and cookies.  I'd better move on as the taste of chocolate is one of my biggest vices and I don't have the kind of money it takes to buy it!

I turn a corner and walk along the side of an area where there are numerous tables and chairs set up for customers to sit and chat while eating "ready to eat" food purchased beneath a fast food-like marque on my left.  Overhead there is a model train running on a track which surrounds the eating area.  It is all decorated with plastic trees and paper placed to appear as rocky cliffs on a mountainside.  On the one side there are model houses and a train depot depicting a small town as it would have appeared around the turn of the century.

Then I come to a partial wall with a three-dimensional diorama showing a log cabin with a wooded mountainside in the background, a clothesline beside the house with clothes on the line blowing in the wind, and a deer in the foreground raising and lowering its head, flapping its ears, and wagging its tail.  A sign along the bottom of the diorama identifies the artist as David E. Huyard and the scene as his childhood home in Boone County Kentucky.  Curious about the source of the motion in the diorama, I walk around to the backside and see a panel of slowly moving wooden gears of various sizes reminiscent of the workings of a large clock.  I presume that somewhere in that mechanism there are invisible wires and maybe a fan connected to the moving parts of the diorama and whatever is making the train run.

I walk on a little more and wander into an art store where among the first things I see are prints by several unknown to me artists and of one who I know fairly well, priced in the range of $60--$200. I would consider buying one of those if I had a good place to hang it and it had some special meaning to me. Then I see a few more priced $500--$600 and “Oh my gosh! There is an original P Buckley Moss for $7,500!” I keep looking and there are several more around the same amount and a really big one for over $11,000! Well thank goodness that I can appreciate some kinds of art and can have the privilege of perusing some occasionally without getting myself in hock in the process.

Next stop is “Zolas”, a specialty shop where lots of really nice dried flower arrangements, wreathes, and dust collectors of every sort imaginable can be had by those who are abundantly blessed by lots of the green stuff. Another thing I like about “Zolas” is the nice smelling potpourris along with the tasteful displays of colors and textures throughout the shop. Of course another good reason I drift by her nook is the fact that she is my sister and the least I can do is to drop in and say “Hi”.

I turn a corner and there is “10,000 Villages”, a fairly big store originally started by Mennonite Central Committee to establish markets in North America for artisanal products made in 3rd world countries where MCC workers are located. There is lots of nice stuff here. I’ve never bought much at 10,000 Villages but I have worked as an MCCer in a 3rd world country and I can readily appreciate what is being done to boost the income of highly deserving skilled artists living in parts of the world where their economic opportunities are limited. If I could justify spending serious money on artistic objects it would be here.

I pause awhile along a wall full of highly ornate wall clocks long enough to check the time and to hear several them play a preprogrammed melody on the hour. There is a different tune for every hour of the 12 hour cycle. They are pretty, but $700-$1000 per clock? The $5.00 Wal Mart wall clock at home gets the job done.

Then I drift into the store that draws me to this place every year—Crafty Hands Toy Store! This is a toy store of real character, featuring toys that challenge you to think creatively and if you do that you might even learn something. I have quickly walked through many a toy store but this one I always linger in. I know Ric Bowman the owner personally and he knows me. I have heard him admit with a twinkle in his eye that the reason he has a toy store is that he has never managed to grow up.

Along an aisle near the front of this store is a row of hanging wind chimes and I always make sure that I bump several of them with my elbow as I walk by. My favorites are the “Corinthian Bells” which have long and wide chimes which keep on ringing with the richest deep tones for at least a minute after being stroked. If I didn't have one already, I might buy one but the one I like most is $350 and I still have the $60 one I bought here about five years ago. That one I dug in pieces out of the fire rubble a year and a half ago and paid $20 to replace some of the lost parts and a few parts I didn’t buy, I made myself.  It hangs on my porch today with some scars and blemishes but it sounds pretty good and I am satisfied with it.

Strategically placed right inside the entrance is a large table piled with a bunch of scientific puzzles, stacking blocks, and various other interesting gizmos with magnetism and other mysterious forces in them, lying around calling out for people to play with them. It is no small surprise that many of the persons playing are pretty big kids! I mess with the Kapla blocks for a few minutes until I knock down part of the tower that someone had dutifully stacked up a few minutes before. Then I pick up something called a Whacko. It is a ball of rare earth magnetized tetrahedrons that can be pulled apart and reconfigured in all sorts of different ways. It’s about as magnetizing of my attention as a Rubic’s Cube and maybe more so. I think, “Should I buy it?” Then I see the price $30. “Nah, I have enough to do with my time. But maybe if I drop a few hints in the right places someone might get me one for Christmas.” Then out of the corner of my eye I see Ric blowing a marshmallow at someone with a shooter made of pieces of ½ inch PVC pipe and elbows stuck together in such a way that the force of the blow is magnified to send the marshmallow at an amazing but not deadly velocity.  “We used to have one of those things! For $6.00 I've got to have it! The grand kids will love it!”

On the way out of Crafty Hands I noticed lying on a small pedestal a fairly thick book entitled “Exhaustive Encyclopedia of Fun Things to Do for Those Who Never Really Wanted to Grow Up” for $29.95. I must have killed more than a half hour flipping through that thing! Definitely not the kind of book I would buy but I sure would love to borrow it for a few days.

Then I looked up and the thought hit me. “I’d better be checking the time!” I rushed to other end of the market where the fancy wall clocks were displayed. It was five minutes after four! “Oh shit!  I’ve got to get my butt home!” I had a 20 mile drive ahead of me and Christine had said that I should get home around 4:00! I could see her now standing in the doorway with that dark glowering look on her face, ready to launch into that “Your irresponsibility really breaks my heart!” speech.

I must have hit 70 mph at a few straight stretches on that section of country road between Dale Enterprise and Singers Glen.  As soon as I spun into the driveway I quickly sneaked down to check the feed and water for the baby chicks instead of going directly into the house so that when Christine would tear into me I could at least say that I had done something since getting home.

I walked into the front door and Christine looked up with a cheery smile on her face. “Good to see you home! You just made it in time.” I peered up at the clock, 4:35! “Weren’t we supposed to be there around 4:30?” I queried. “Well yes, but it is a drop in occasion so the time we get there is not that critical. I was a little behind myself in getting some things done before we go so everything will be OK.”

Posted by Marlin Burkholder at 9:33 PM

Email ThisBlogThis!Share to TwitterShare to FacebookShare to Pinterest
Labels: Humor, My Passions